Guest Contribution COP24: The Next Generation of Climate Entrepreneurs

More than 20.000 participants attended the Katowice Climate Change Conference COP24 in early December 2018 to discuss rules to implement the 2015 Paris Agreement. This included many members of the EIT Climate-KIC Community and even alumni from our education programmes. This guest contribution refers to the COP24-Session “Training the next generation of climate entrepreneurs”, which was an official side event, organized by the EIT Climate-KIC alumni Shrina Kurani, Adrian Toth, and Liwah Wong (see webcast).

Emissions trends around the world note a welcome and necessary shift to a decarbonized economy. As links to carbon emissions are being replaced with more sustainable solutions, Adrian Toth notes that

“we need local transitions, we need collaboration, and we need it quickly. We need in every region a just transition towards a net-zero carbon economy.’’

In the beginning of December, the Polish presidency launched the Solidarity and Just Transition Silesia Declaration dedicated to the region where COP24 was held, and Friends of Europe’s Regional Dimension of Climate Change published during COP24 highlights previously carbon intensive regions that are successfully making or have already achieved a transition to a decarbonized economy. The transition requires addressing not only energy and climate action but also the social and economic aspects of transition such as enabling employee competencies and community engagement.

“A just transition is necessary in the largest polluting sectors, including energy but also agriculture and land use,”

“jurisdictional approaches are a response to the failure of previous strategies in halting land degradation,”

and California’s recently published Tropical Forest Standard for carbon markets has set a high bar for social and environmental safeguards, exclusively focusing on the jurisdiction-level, which refers to entire governments such as a state or province. This ensures reductions achieved in one location are not offset by deforestation elsewhere – as could happen in a project-by-project approach to crediting. Jurisdictional approaches are gaining support from large private players such as Unilever, Walmart, and McDonalds.

In the private sector, climate entrepreneurship is a clear pathway for what Climate-KIC CEO Kirsten Dunlop calls “extreme experimentation” with a focus on

“creative collisions to find place-based solutions that are meaningful and therefore mobilising. Regional innovation hubs have proven to be particularly effective hotbeds for impactful innovation and we are keen to take this to the next stage: through the development of deep demonstrations that can provide the evidence and the hope we need to inspire radical transformation, in time.”

Liwah Wong recently received funding from the European Regional Development Fund program in cooperation with Climate-KIC to develop a monitoring framework for the circular economy with a focus on plastic waste in Fast-Moving Consumer Goods industry, such as plastic packaging from supermarkets and bags and bottles from households. Shrina Kurani highlights

“companies such as Republic which are leveling the playing field, with a number of companies focusing on the environmental as their chief concern, among them Farm from a Box, Smart Yields, and Nori.”

The global stocktake and carbon markets engage Nori’s novel approach with blockchain technology to solve the tracking and data verification of the carbon markets. 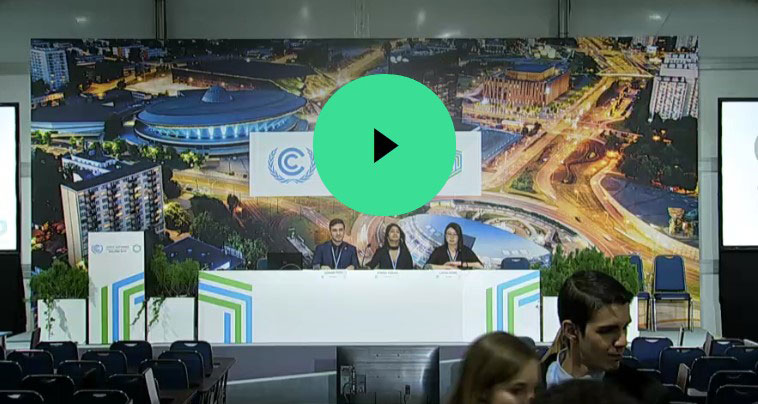 Everybody knows: After a few years, but mostly after...

Renewable energies, at any time: Gaia Membranes and the new efficiency in energy storage
Is Germany ready for the future? Read E3G´s new report to find out!

E3G´s new report “Is Germany ready for the future?...

Is Germany ready for the future? Read E3G´s new report to find out!
Semi-vegetarian burger, full of meat: The founders of REBEL MEAT want to stir ...

Making the world a better place is the mission...

Semi-vegetarian burger, full of meat: The founders of REBEL MEAT want to stir up the meat industry
A circular future (?) – Watch the interview with Dr. Leyla Acaroglu

With the workshop series ‘Circular Futures‘, CRCLR and EIT...

A circular future (?) – Watch the interview with Dr. Leyla Acaroglu
The closed plastic circuit: How cirplus wants to put an end to plastic waste

Kevin Caners is a Berlin-based journalist who is experienced...

This year’s next generation of climate innovators has just...

16 new teams in the DACH Accelerator came together...

In 1911 the young engineer Karl August Geyer had...

Every year, EIT Climate-KIC and its partners provide students...

Journey 2019: Future Changemakers in Germany, Austria and Switzerland
We’re closing for business in solidarity with #GlobalClimateStrike

EIT Climate-KIC will close this Friday 20 September*, the...

We’re closing for business in solidarity with #GlobalClimateStrike
Save the date! 26.9 Demo Day in Berlin

What to expect The Demo Day is the big...

An exciting night with Climate-KIC startups and investors
85,000 euros and more benefits for green start-ups

Europe’s largest accelerator for cleantech start-ups is starting its...

There is one thing for certain: the population in...

Stories from the Green Garage: Artificial Intelligence & Fish?!
Studying Business and working in Sustainability; how can you combine that?

I have wondered about this and other questions since...

Studying Business and working in Sustainability; how can you combine that?
Fraunhofer-ISI: Innovations needed for decarbonization of industrial sector

On behalf of the EU Commission, the Fraunhofer Institute...

Climate protection initiative gives a preview of the German...

Our Viennese start-up HYDROGRID was awarded the State Prize...

Climate change is making headlines. Media outlets around the...

Bill Gates was invited to be the first guest...

From industrial 3D printing as a service and a...

Switzerland is ranking 1st place in the Global Innovation...

Fertile ground in Switzerland for ventures tackling climate change
Why founders should start-up in Austria and what they actually work on.

Why founders should start-up in Austria and what they actually work on.
“neofizient” develops the first automated energy consultant

The “Helmholtz Enterprise” funding programme and we support the...

The GreenCycle Academy took place in October and November...